Happy new year, y’all! It started out a frosty one here, -2C outside and +4 inside, which is not that much of a plus. Ever notice that everything is worse in metric? Temperatures are colder and distances are further (though bra sizes are stupendous).

My brother was working a 72 hour shift, so I went over to his place to make sure the pipes had not burst in the sub-freezing temperatures. Though it’s only about a quarter of a mile away, it’s also about 5 Fahrenheit degrees colder over there in the winter, so the entire garden was heavily frosted, sparkling in the sun.

No pipes were harmed during the cold night, but I left his tap dripping, just in case. And fed Scout, the mini cat whose tiny body contains the loudest meows known to catdom. Since we were inside, I could pet her silky fur – not even Jonathan can pet her outside. Her youth spent as a stray cat is too deeply imprinted, and she must be very clever to have escaped the many predators for as long as she did – she was at least a year old when she turned up on my brother’s doorstep one day.

Back at home, I continued my tidying up activities. I had the week off between Christmas and New Year’s Day, and I decided to use the gift of time to try and create a little order from chaos, especially in the studio/storage room. There’s still a long way to go, but I’ve made significant inroads. And there were a couple of unexpected rewards (in addition to unusual virtue). I found the lovely Rita’s ID tag: 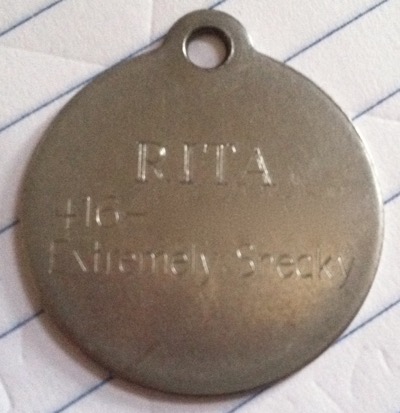 I have put it carefully away in my jewelry box, remembering the happy times I spent with that beautiful, wonderful girl, the star of the neighborhood.

I also came across an “At Home” card my maternal grandparents sent out after their wedding in 1924: 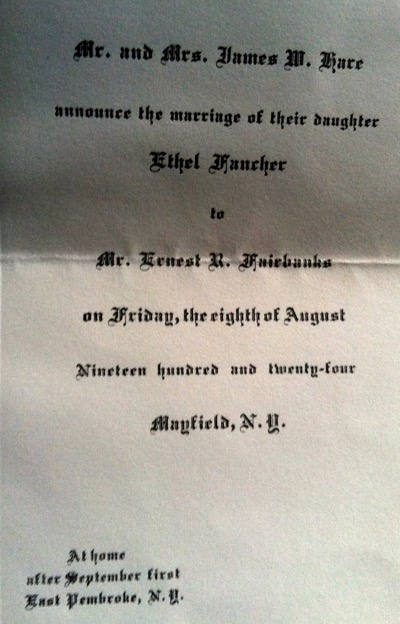 The only wedding picture I have of them shows them in a field with a grumpy preacher and one attendant each, so I get the impression that this was not a conventional wedding, and might even have been an elopement, given that my grandmother left home in order to go to high school*. I always think my grandfather looks like he won the lottery: 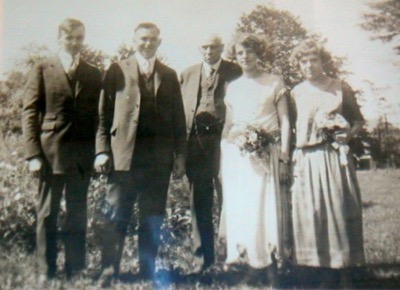 The card still smelled faintly of my grandmother’s lily of the valley perfume, even though she’s been gone for almost 40 years. I am lucky to have so many wonderful memories.

My delightful co-worker Erin gifted me with a lovely red clock for Christmas. It was out of the box for less than two minutes before it found itself on the wall, looking perfect: 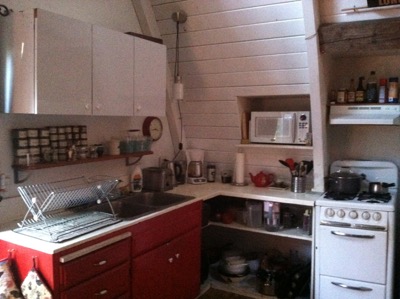 I also organized the books by color: 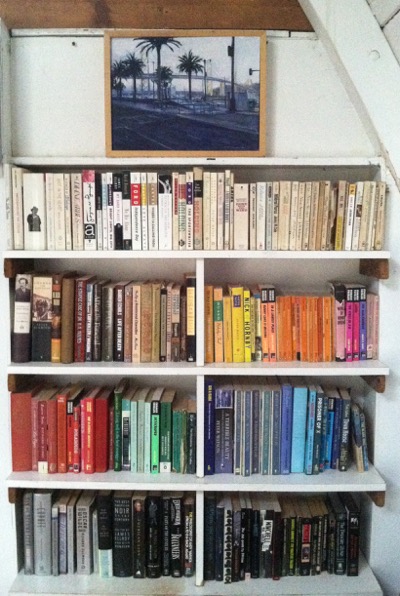 Pretty, no? A good start to the new year so far, I’d say!

A YEAR AGO: Back home from the last trip of the year to San Francisco.

*She moved in with her scandalous Aunt Luella, who got married in a pink dress and wore the dress to parties afterwards, bobbed her hair, and went to teacher’s college. She taught at the same high school where my grandfather was the principal – and my mother was a student.