As if herding cats for three days (and nights) wasn’t enough, Rob also did some home improvements while I was away in San Francisco. You have to love coming back to a house that’s better (and prettier) than you left it.

He hung up this picture, which is not easy when you have curved walls: 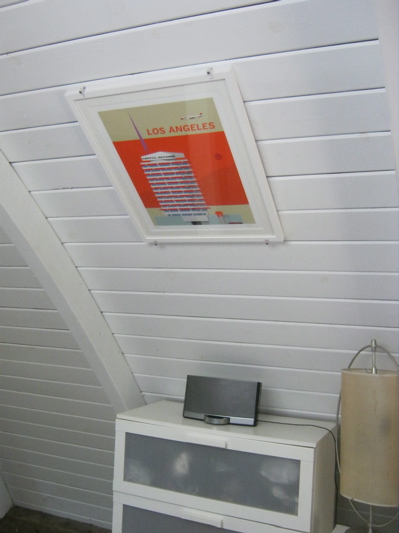 It’s in the sleeping loft, but I can still see it from downstairs.

I fell in love with this vintage dove planter: 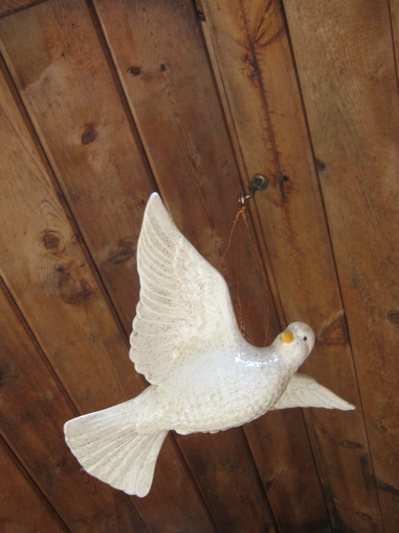 even though it needed some repairs. Rob not only repaired it, but wrapped together copper wires to make an absolutely gorgeous hanger for it. He then installed it in the peak of the balcony outside my bedroom door: 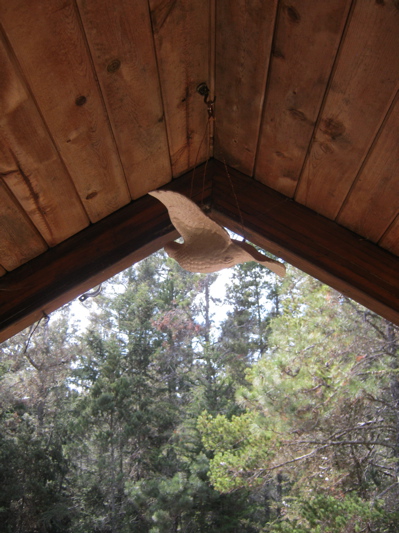 It looks so perfect that I’m not even going to plant anything in it. I’m just going to enjoy it swaying in the wind, whether I’m inside or outside. I’ll add some photos of the balcony soon – I have a kind of retro thing going on out there. Also the remedial roses are FINALLY looking good, after cutting them back ruthlessly twice. I was surprised and delighted to see that the little rose that could is finally blooming – the flowers are white.

Rob put up a hose reel I bought to keep the hose from sprawling all over the balcony: 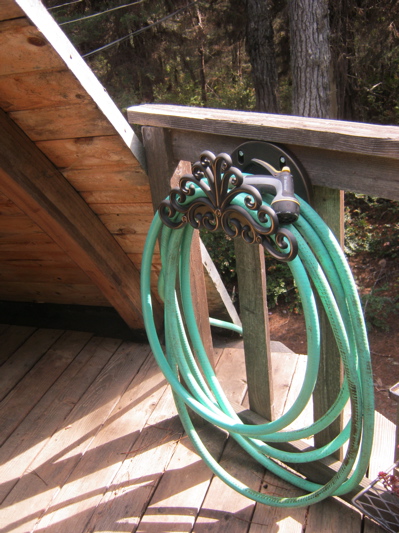 While he was up there, Rob installed a proper door handle on the screen door we bought last year, and a little bumper thing so it doesn’t smash up against the roof every time I open it.

Much better than the hook and eye I had put on to keep it closed and the kitties in. Speaking of kitties: Rob put a cover over the crawl space in the studio so the cats can’t use it as an exit: 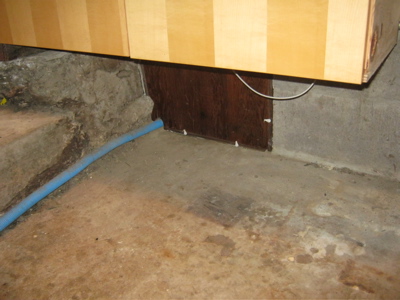 I had it plugged up with storage bags of clothes and blankets, but again, this is much better.

He is also working on the “front” door, which has been slowly separating and getting harder and harder to open. Here you see the work in progress from the inside: 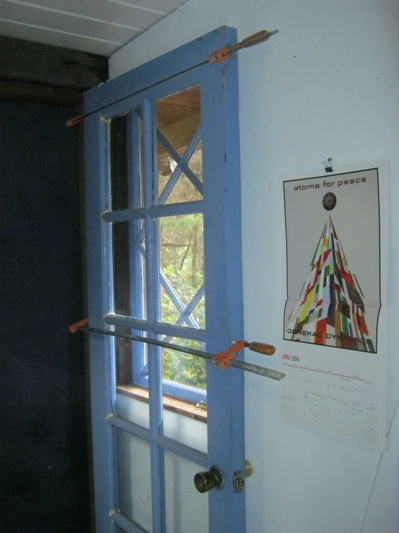 And the outside – kitty proofing the door with an old piece of carpet he found: 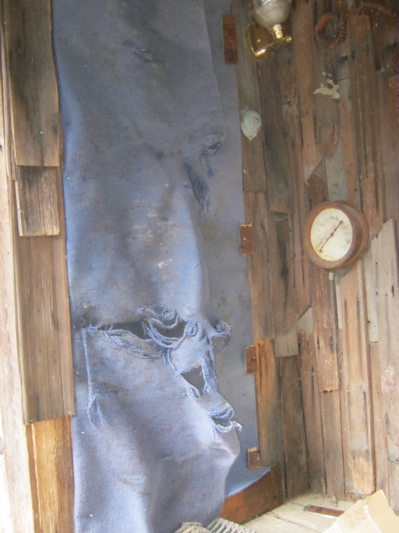 As he observed, gravity is your friend…until it isn’t. Good thing for me that Rob is always my friend.