No sooner had last week’s heat wave finally abated than Megan and I chased it to Wilits, where the heat usually lives. Megan was questing for pepper plants and other things not readily available on the generally cool and breezy Coast. It’s a beautiful drive on highway 20: 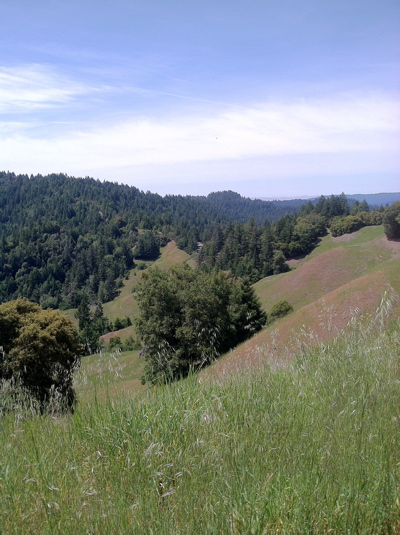 This is looking west toward the coast from the 3,000 foot summit, where it sometimes snows in winter, as Megan can tell you from first hand experience, having driven a patient through blinding snow on that icy road in the deep country darkness back in the good old (bad old?) ambulance days. Even longer ago, it was a wagon route for the first settlers in this part of California.

Arriving in Willits, we made our way to the garden center, accompanied by Miss Stella. I was surprised and pleased by how much positive attention Stella received while we were in Willits. A guy on his way back to work at City Hall stopped to pet her, and she was welcomed at the garden center, where she relaxed in the greenhouse: 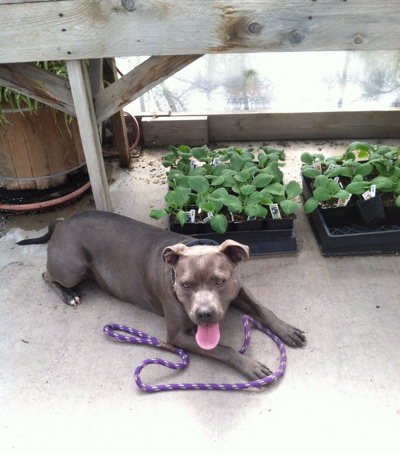 Many fellow shoppers took the opportunity to pet her, and Stella soaked up the attention as she always does. She loves town, and she loves attention. She also enjoyed the shade: 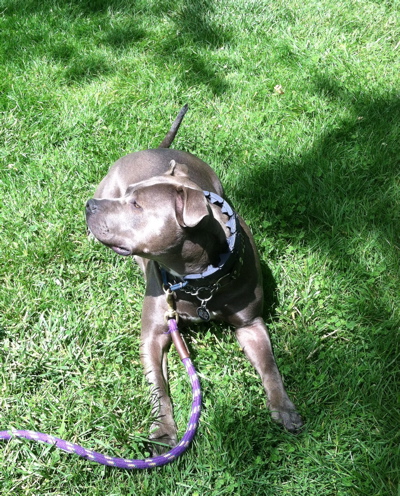 in a beautiful little tree-lined park in the historic downtown: 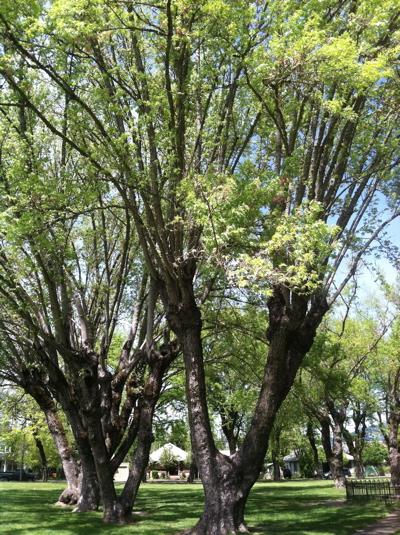 You wouldn’t be surprised to see Wally and the Beav chasing each other around in that park. It was like being in the past (one of my favorite places).

Megan was dissatisfied by the pepper plant selection at the first garden center, so we followed a local’s suggestion and visited a second nursery: 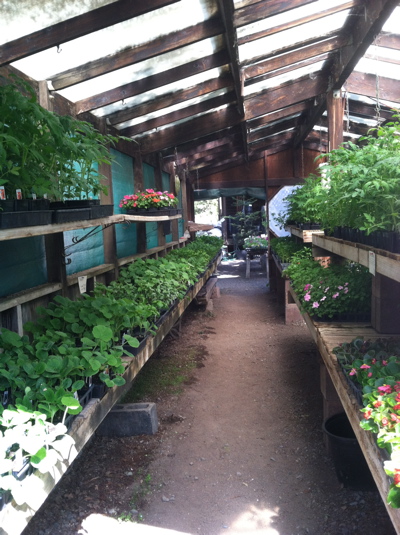 where Megan bought every pepper plant in sight and I amused myself by taking pictures of the quaint garden gate: 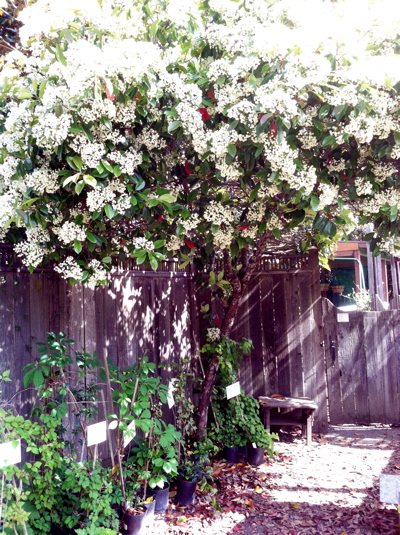 Megan didn’t really buy all the pepper plants, but she bought enough that they had to make extra beds for them and borrow all my leftover soil from last year to house them. I think there are 20 plants. We will be in pepper heaven this summer!