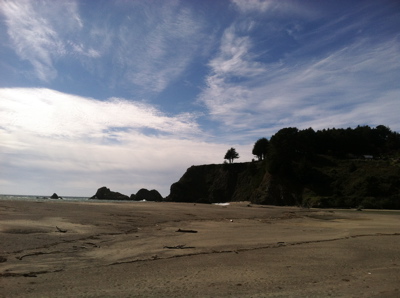 When work permits, I’ve been going for walks with Megan and Stella on Thursday afternoons.

When Megan wakes up after the last of her long night shifts, she gets caffeinated and calls me when she’s ready to deal with the Stellanator. Stella is a lot of dog, and not just because she weighs 65 pounds (Megan is working on refining this). Everything she does, she does 150%, whether it’s running, eating, or jumping for joy. Even just walking by you, she can body check you with an elan that an NHL player would be proud of. As Megan says, she’s a pit bull in a china shop.

We were trying to think of a different place to take her last week. Stella is a city girl who loves to window shop and meet new friends, but this requires beng on a leash. She is welcomed by most of the shopkeepers in the Village, though Catsby, the book store cat, looks at her with complete disgust as the booksellers fawn over Stella and give her treats. You can’t please all the people all the time, and you can almost never please cats.

We wanted to find a place where we could let her off leash to run around, but it had to be: close by; not overly populated with other people and dogs; not open ended so she couldn’t run off somewhere. Megan is still working on Stella’s recall skills, though they – and all her other skills and manners – have improved hugely in the four months Megan has been fostering her.

We decided on Navarro Beach, which is at the mouth of the Navarro River. We were the only ones there on a windy Thursday afternoon: 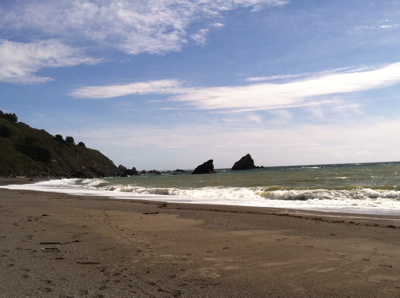 We let Stella off the leash, and she ran joyfully across the wet sand, exploring the cold ocean water, which made her run to Megan in alarm. She looked like a pretty happy dog:

Stella burned off some of her apparently boundless energy, and we walked the beach and talked. I picked up some smooth stones to add to the collection in the honeysuckle planter outside the kitchen door, which is already leafed out and will bloom soon.

Eventually, we headed home up the hilly, curvy road: 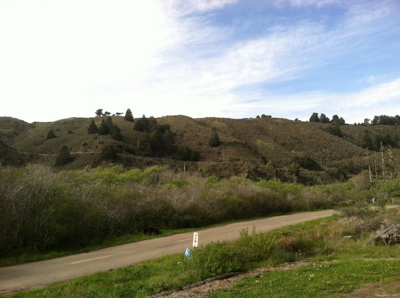 I think we’ll be back soon!

2 comments on “On the Beach”