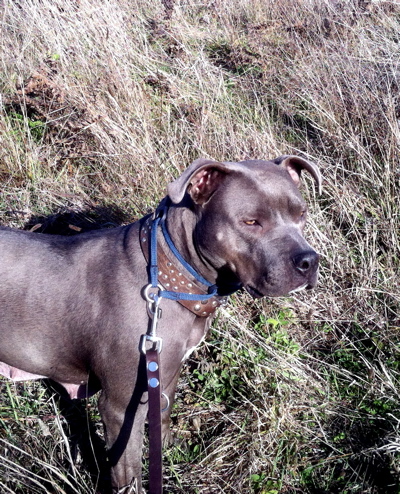 My valiant sister picked up an unwelcome hitchhiker on her last night shift in the ER: the Bug From Hell. The same one that rendered me snotty and sweaty and generally miserable for nearly two weeks. Being considerably smarter than her aged sibling, however, she got a prescription for Tamiflu called in to the pharmacy and also armed herself with zinc and other flu fighting equipment.

I learned all this between my many fourth quarter calls, and fortunately had a couple of hours at my disposal to go and pick up the pills and almost more importantly, walk Stella. As Megan observed, no matter how sick you are, you don’t get a day off from dog walking.

I loaded Stella into Megan’s car (I am trying to preserve Wednesday’s fancy leather interior as long as I can) and set off for the Village. As usual, it was a beautiful day with no sweater or jacket required. I am beginning to wonder if we are ever going to get some rain.

I soon learned that driving with Stella is, uh, challenging. At any moment, she may decide to lick you, and she loves to lean against you. She is a pretty strong dog and it made it hard to navigate the curves. As I drove across the long arc of the Big River bridge, the car suddenly slowed dramatically and started making disturbing noises. It turned out that Stella had shifted the car into neutral, unbeknownst to me and to the annoyance of the motorists behind me. So I was more prepared when it happened as we drove down Main Street and able to fix it faster.

We walked along the headlands, where Stella wanted to meet every single dog and person we passed – as I mentioned before, there are no strangers in Stella World, just friends she hasn’t met yet. She made a slightly embarrassing scene in front of a group of little old Asian ladies, who were visibly horrified despite my best efforts. Stella was tangled up in the leash – she has an epic ability to get tangled up in the leash – and was also enjoying her favorite hobby, chewing the leash, at the same time.

Stella is a rather chatty dog, so she was making alarming noises while attempting to eat Megan’s lovely leather leash. It was pretty hard to get it out of her mouth and then untangle her as the little old ladies scurried away in horror, no doubt to report on the girl eating pit bull they had seen in the middle of this lovely landscape.

They probably wouldn’t have recognized Stella a few minutes later, when she sat peacefully watching the ocean. She really loves watching the waves. It was high tide, and the sea spray flew up high enough to wet us both on the headlands. We both enjoyed the seascape for a while before heading to the pharmacy and picking up juice and other Bug defying supplies.

When we were about a quarter mile from home, she curled up on the passenger seat like a dream dog.