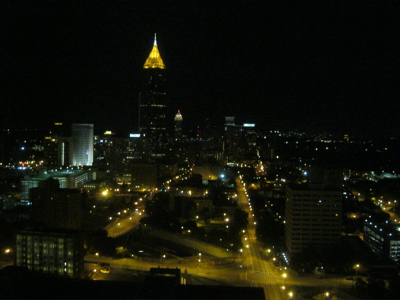 It was a long, long walk through the Atlanta airport. This turned out to be a universal source of amusement for everyone in the know, which turned out to be everyone but Me. Apparently I should have taken one of the train things labeled Gates A, B, C, etc. instead of persistently plodding toward the signs that said Ground Transportation, with alluring pictograms of taxis.

About a day later, I arrived at the taxi stand and was swept on my way to the hotel. The traffic was as bad as I remembered from my epic drive to Florida a few years ago, though still a total delight compared to LA.

At the hotel, I was thrilled to see a beacon of hope. A Starbucks! Right in the lobby! I ordered a small coffee, and perhaps due to the alarming demeanor of a girl who had had no sleep while wedged into a tiny airplane seat all night, he asked me no questions in return, but simply put a warm cup of hope in my hand, becoming my new best friend.

I took the great glass elevator to my room on the 27th floor, which featured floor to ceiling windows, as you see above. I repaired face and hair, put on dress up shoes, and prepared to impersonate a responsible adult.

It was a short walk to the building where the meeting was to take place: 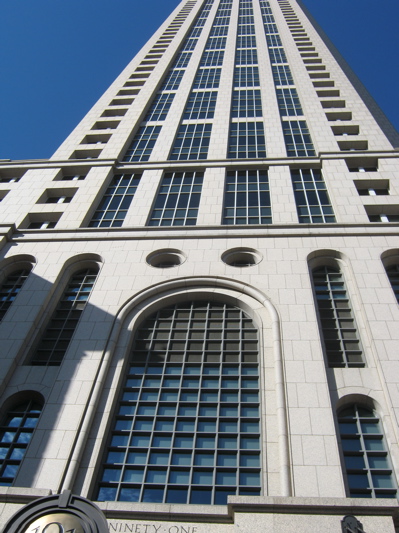 The lobby was quite lovely: 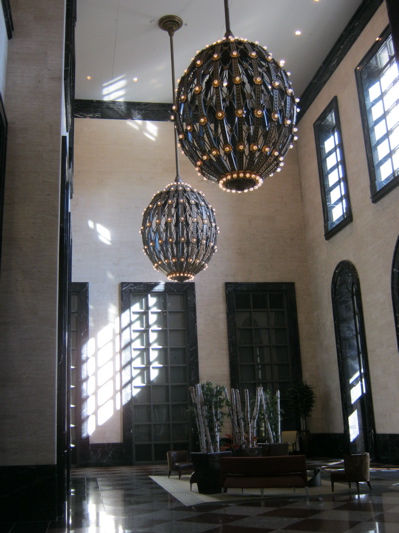 The meetings took up most of the day and went very well. Yes, I still have to write up my report on it along with the rest of the third quarter reporting, but I’m not going to think about that now. One of the ladies I met with walked me to the nearest branch of my bank, where a kindly gentleman issued a temporary card for me and printed out a list of recent transactions.

About 75% of them were not mine. When I got back to the hotel, I called my friends at the Fraud Department to go through them, and what they showed on their system and my print out – just minutes old! – did not match. Needless to say, they showed about half of what was on the print out. I will have to go into a branch and deal with it there. Again, not thinking about that now.

I went back down to the lobby, where I printed out my boarding pass for this morning and discovered that the store with the souvenirs also had wine! They even opened the bottle for me and put the cork back in for the perilous journey in the great glass elevator: 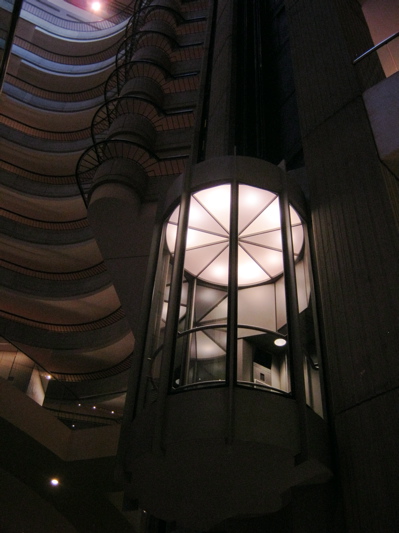 The wonder store in the lobby also had clary sage bath salts, so after checking in with my boss and my sister, I took a long bath with a glass of wine and my MacBook perched on the toilet playing an episode of “Gilmore Girls”. After that, it was time for room service and an early bed.

Now it’s time to head back to the airport. It’s been a good trip.