After Megan and I closed up shop on Saturday, we stopped at the garden center to get my delayed ground cover: 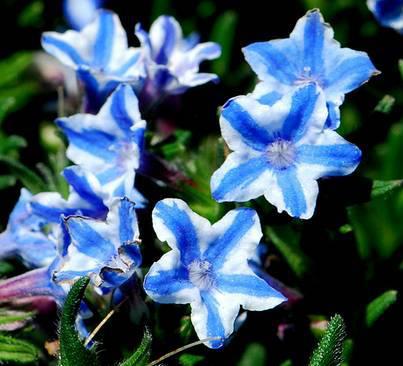 It’s a plant called Lithadora, which sounds like a Harry Potter character, and this type is named White Star. I think it will look nice with the heather* and alyssum in the areas by the shed (see the fourth and fifth pictures). The alyssum is beginning to revive after the winter.

We were greeted enthusiastically by the owner’s beautiful dogs, Rio (left) and Rusty: 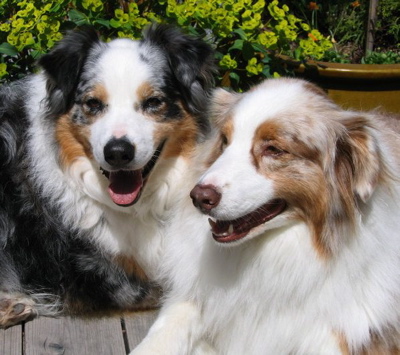 Part of the enthusiasm stems from the fact that Megan almost always gives them treats. Rusty in particular kept sniffing the pocket where the treats usually are, ever hopeful. Unfortunately, this time, she didn’t have any. The boys settled for pets and ushered us around.

Megan bought some praying mantises, still in their cocoons, which will act as pest control in the family garden and orchard. Apparently there are 100-200 mantises in each cocoon. She already has ladybugs hard at work over there.

We packed up the car with our purchases, petted the dogs goodbye (one last sniff from Rusty), and headed home. As we approached Little River, Megan suggested that we stop in at the historic Inn and have a drink, which we did.

We perched on bar stools in the Whale Watch Bar. As its name suggests, it has a stunning view of the ocean, even on a cloudy day like this one: 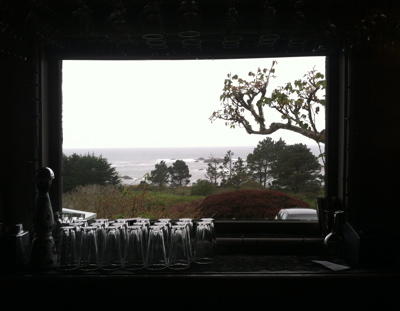 and you can actually see whales passing by during their annual migrations.

This is the first picture I have ever taken with my iPhone! And of course Megan had to show me how to do it and then how to post it to Facebook, since she had her iPhone for ages before I got mine.

I had a Melon Ball and Megan had a Cosmo, and we shared a plate of award-winning crab cakes before heading home.

It was a nice end to a busy day.

*I was amused to note when I bought these plants that their proper name is Erica. Amused because of the twins on Degrassi (Junior) High who were named Erica and Heather. Years later, I finally get the joke. I’m quick like that.