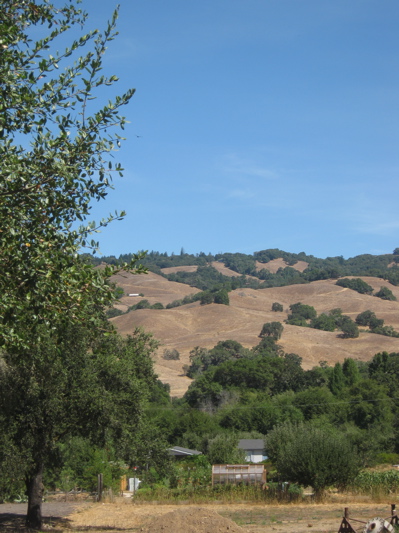 A beautiful day for a fair

First things first: happy birthday to Rob! He stopped by this morning and when I wished him happy birthday, he looked surprised. I hugged him and told him I was glad he was born. He took a couple of things to repair and vanished after he hugged me back.

We’ll have a birthday barbecue next weekend. This one was busy! As I write, Star is at her second Canine Good Citizenship class (she did great last week). And yesterday, Megan and I went swimming (more about that later) before we went to the county fair.

A quick review of my blog shows that I haven’t been since 2008, so it was about time. As you can see above, it was a beautiful day. Megan found a secret parking space, and off we went.

It was hard to decide what to do first, so we had some garlic fries while we walked around and scoped out the possibilities. We made a mental note of the sno cone truck for later: 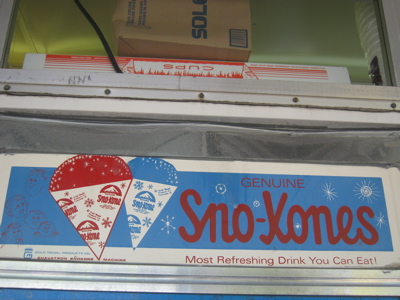 They really are the most refreshing drink you can eat. Though, disappointingly, they did not have blue raspberry. Even though everyone knows that blue is the best flavor for anything frozen (other than margaritas).

Sno cone in hand, we went to admire the livestock and the kids who handle them. This little dappled cow with its freckled girl was my favorite: 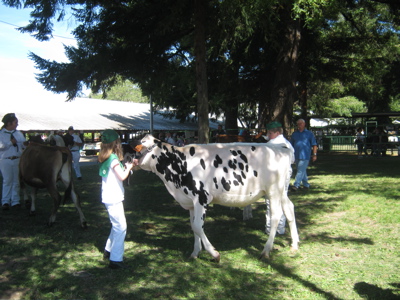 Did you know? Cows are covered with a sort of pomade at these shows, which makes them look all shiny and pretty, but makes your hands instantly filthy and kind of gross. Worth it, though. Also, there were hand-washing stations everywhere.

I resisted the temptation to run my hands through these sheep’s curly fleece: 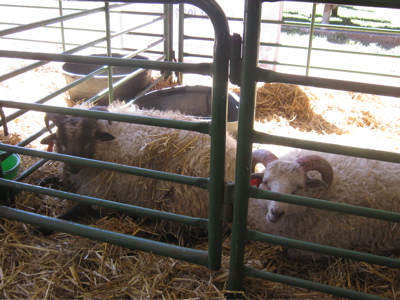 And I kind of had a crush on this handsome boy: 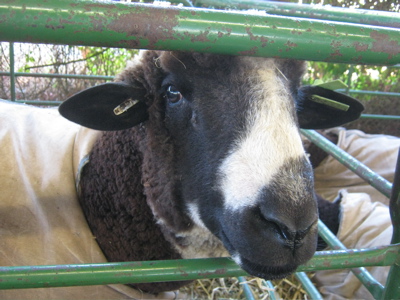 Ever wondered how to shear a sheep? Now’s your chance to learn how: 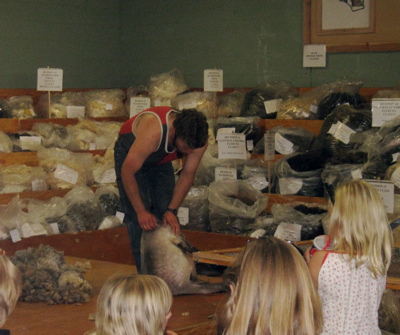 It was strange being in the building with all the fleece and hand-spun yarn and beautiful scarves and things without our Erica*. And not seeing any of her work entered for prizes (and winning them). But I got over it long enough to buy a hat, which turned out to have been made by a woman who lives about two miles away. She spun the wool herself, knitted it, adorned it with a unique abalone button, and voilà: 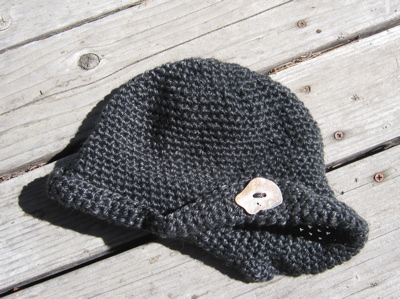 It was hard to believe I’d ever need that hat on a sunny day in the 80s, but I bet I will be glad I got it in a couple of months. And I got to meet a new neighbor!

Some apple (and cider) tasting later: 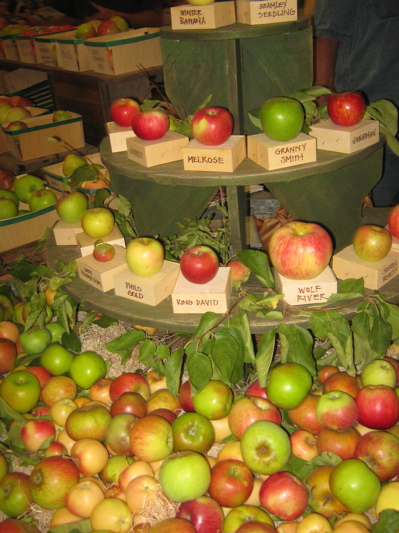 we were admiring quilts: 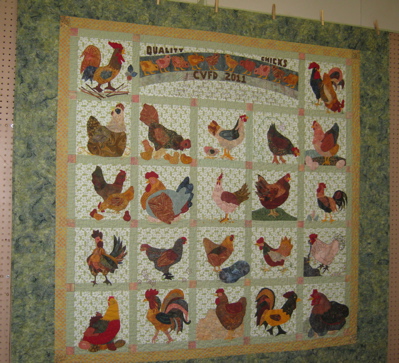 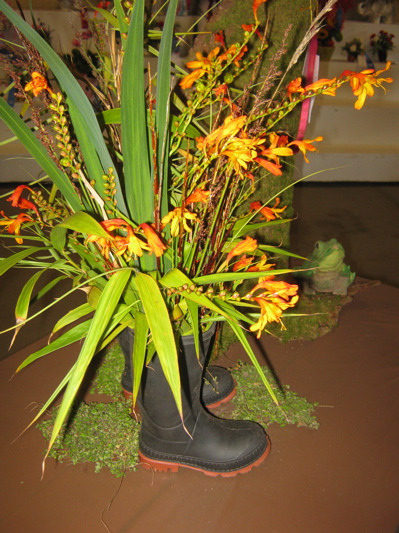 and some of the biggest pumpkins I’ve ever seen: 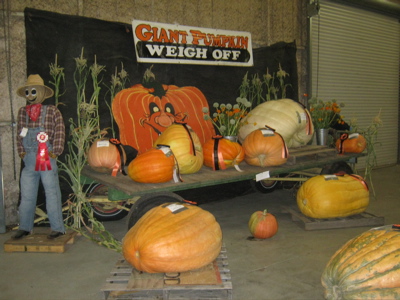 The day flew by. Suddenly, it was time to head home, full of fair food and happy memories. Until next year…

*We had a great chat today. They are definitely coming for Christmas. And Jessica loves her new school.