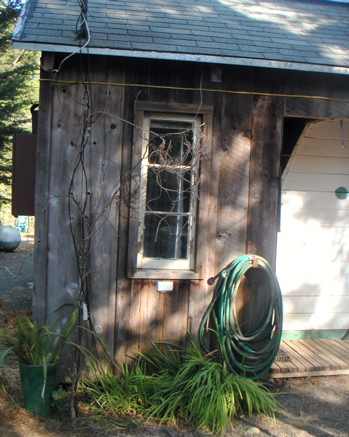 And today, on Wild Kingdom…

When I took the coffeepot out to fill it with water, a little moth fluttered in. I had to persuade it to leave. If it had stayed, it probably could have flown to the moon unaided, since the coffee I made was totally atomic. I accidentally bought ground coffee, and was unwilling to drive for over an hour to correct the error. Unfortunately, it has been so long since I dealt with pre-ground coffee that I have no idea how much to put in the filter. Nor am I inclined to overthink this in a pre-caffeinated state.

My usual MO is to fill up my trusty coffee grinder with beans. However much that is turns out to be the exact right amount, as is so often the case when I cook. Half an onion? Exactly what I needed! Some leftover cilantro? The perfect addition to burritos! However, this was not the case with the ground coffee. A coffee grinder full is too much. The coffee was so strong that I actually had to water it down, making my very own, teeny little Americano.

While I was still waking up, Star came bursting through the front door, left open for my and Audrey’s mutual convenience. She raced across the room, kissed my surprised nose, and then jumped up on the couch next to me and curled up, settling in as if she lived here. It was super cute, and took less time to happen than for you to read about it.

Then the phone rang. You know how parents always ruin your fun. They came and got her before we had a chance to do each other’s nails.

After Star went home, I went to feed Audrey, only to see a lizard scuttling under the washing machine. I thoughtfully left the door open for him, considering not for the first time how blurred the line is between indoors and outdoors here. In fact, there may well be no line at all.

It turned out that Audrey was otherwise occupied anyway. She came trotting into the yard outside the sliding glass doors with a snake writhing in her mouth. I know that the snakes around here are harmless, but that doesn’t make them any less gross, or unwelcome in my house, whether alive and sliming or dead and flaccid. She played with it for a while, and then got bored and went to do something else.

It wasn’t just to keep the snake where it belonged that I shut the sliding glass doors. Really. It was because of the hummingbird which was feeding off the honeysuckle right outside them. He kept buzzing perilously near the open door, and I don’t know about you, but I didn’t want to try and catch something that can fly 30 mph (and dive at 60). It was fun to watch him zooming around and hovering, though.

Later, I caught myself brushing a spiderweb* off the (mostly) dead wisteria outside and wondered if the crazy gene has finally caught up with me. Megan and Rob both assure me that it’s not really dead and there’s new growth coming along, but it sure looks dead to me. I’d like to get a cutting of the jasmine that covers part of their house and train it up the dead(ish) vine. Imagine how great the honeysuckle and jasmine would smell together!

*Sometimes I wonder what would happen if I just gave up on my constant spiderweb removal. How long would it take until this looked like the Addams’ Family’s vacation home?