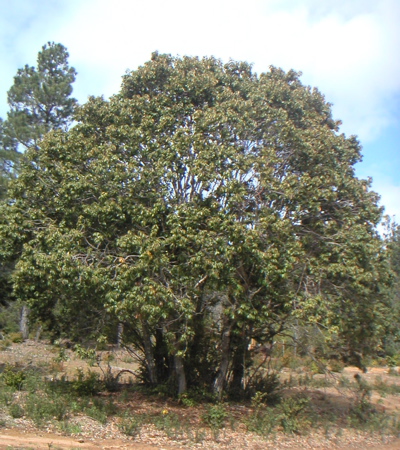 On Friday morning, I turned off the outside lights and stopped to pet Henry on my way to the kitchen. She was lying on her side, paws relaxed, and fast asleep. The room temperature on the heater read 60, which pleased me, thinking that Henry Etta had been warm all night. Lately I’ve left the heat up higher at night for her comfort.

As soon as I touched her, I knew something was wrong. She was cold and stiff. I felt her nose for breath, put my ear to her side to listen for that brave little heart, but all was silent.

I called Megan and wailed the news into the phone. “I’ll be right over,” she said, and she was. By the time she got there, I was kneeling by Henry Etta’s bed, petting her scruffy fur and sobbing “My little love, my little love” over and over again. June and Audrey were uninterested in the drama, wandering in and out of the house and following their own agendas. I kept asking Meg to check if Henry was really gone, even though it was obvious that my courageous little cat had breathed her last.

It looked like she died in her sleep. That last night, I had her up on the couch with me again, petting her and telling her I loved her. I put her in her bed myself before I went up to bed that night. She looked very peaceful.

We wrapped her in a soft, thick blue towel and drove to the property. Jonathan was on his way to work, but he started digging the grave for us. Like many seemingly simple tasks, there is a technique to this. Pick axe first, then shovel. It was pouring, and the heavy soil clayey and sandy. It took a while to dig deep enough to make sure that no animals would disturb her. By the time we finished, we were wet and filthy.

I took Henry from the car and walked her slowly to the tree, talking to her all the way, telling her about her new neighbors, Jed and Bear, dogs who loved cats, and Luna, a cat almost as small as Henry Etta herself. She’s in good company there. I kissed her goodbye and thanked her for her gift of love, for coming into my life. Megan laid her gently in her resting place, and allowed me to start replacing the soil before joining in to help. She apologized for tamping down the soil, but I preferred to think of it as tucking her in and keeping her safe.

I placed driftwood on her grave before we left, and yesterday I added some yellow daisies from my garden: 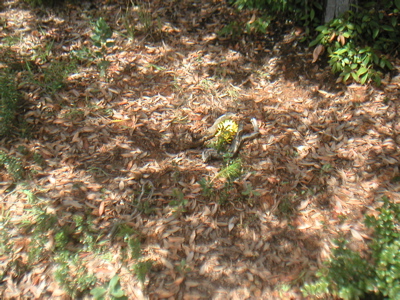 We’ll plant something permanent there soon.

On the short drive home, I told Meg that I think there’s something therapeutic about digging the grave, getting dirty, wrapping up your loved one, and laying him or her to their final rest with your own hands, instead of distancing yourself from death the way society generally does. And I’m glad I can visit her.

Oddly, she died on the very day she was to go to the vet. Megan called Dr. Karen, and she said that although she could have given Henry Etta antibiotics for the eye infection, whatever she died of was beyond antibiotics or anything else Dr. Karen could have done. She was, after all, a very old cat, and had fought so long and so bravely. Dr. Karen sent me a kiss and a hug, and called later to check up on me.

I’m glad Henry Etta was spared that last trip to the vet, and that she died peacefully in her sleep, safe and warm, knowing that she was so loved. The hard part is going on without her.