This is going to be mostly a pictorial, since the working (and digging) of wells is beyond me. Megan and I have limited our involvement to bringing the boys lunch and picking up essential items from the store, like candy bars and cigarettes. Add in some nylons and you have your basic WWII GI rescue kit.

As we walked back to the car yesterday, there was a heated argument going on behind us about kinetic energy. I observed to Megan that our roles were clearly divided along traditional lines, with us doing the cooking and laundry and the boys doing the manual labor.

The first thing I learned was that the well looks like this, not a big hole in the ground that will one day have a stone Jack & Jill type wall around it.

Though we could definitely use a wishing well around here. 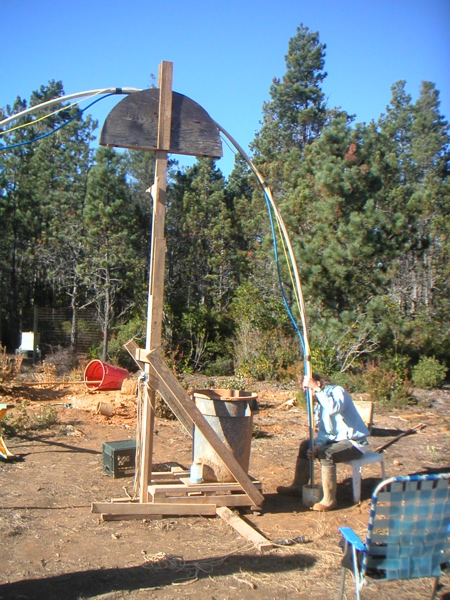 The pipe comes out of the well and over this basketball hoop looking thing to a muddy hole and bucket, where the mud, rock, sand(!), and clay are pumped out of the well. 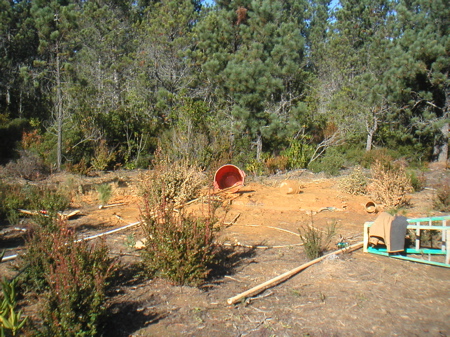 Here’s the bucket and resulting mud pit. Schatzi found this the most interesting part of the operation.

This is the compressor, which powers the whole thing. Jonathan found it on Craigslist (where else?) and went all the way to Concord to buy it from some skeevy guy who tried to rip him off, but failed. You have to get up pretty early in the morning to put one over on Jonathan, especially where machinery and mechanics are involved. He ended up getting for a fraction of the original asking price, though he and Rob spent a couple of days repairing and refurbishing it. But it costs $162 a day to rent one, so it’s already paid for itself. 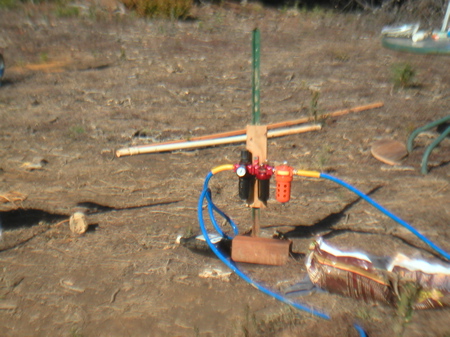 This is some kind of doodad (that’s the technical term, of course) which has oil and water in it. It has something to do with the actual drill.

The well is sort of done now. All the digging is complete, but there are other things to be done which are beyond my limited grasp of well digging. I’m so proud of the boys!