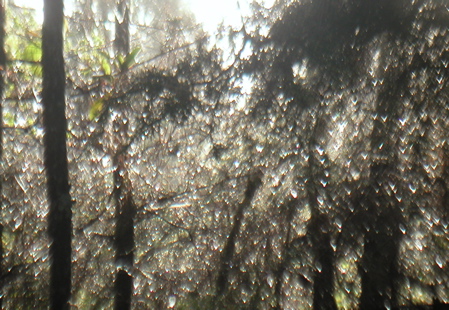 My new house and I go back a long way.

My brother lived on this property for fifteen years or so, and my sister and brother-in-law have lived here for a decade. James and Rose, who lived here before me, were friends as well as neighbors and landlords.

Our good friend Paul, who put me up (and put up with me) in Florida and the Hamptons a few years back, rented this house while James and Rose were in Mexico one winter (I now appreciate the wisdom of this plan).

That Thanksgiving, Paul’s daughter and her then husband-to-be* were visiting from LA, and my Dad was visiting from London. The day after Thanksgiving, Dad and Megan went for a ride on the scenic Skunk Train. When they came home, he decided to head over to Jonathan’s to soak in the hot tub before dinner at Paul’s.

Several minutes after he left, Megan and I noticed that he had forgotten to take a flashlight to light his way back. We called Jonathan to tell him, and he said Dad wasn’t there. We all hung up at once and went to look for him.

Megan found him half-sitting, half-lying against a tree, making strange and horrifying animal noises. He had had a stroke.

I freaked out, and Megan, who was not yet an EMT, told me to knock it off and sent me to Paul’s house (now my house) to call 911. Dad was helicoptered, with me in attendance**, to Ukiah, and his life was saved. This experience inspired my brother to become a volunteer firefighter and my sister to become an EMT, joining the very same emergency services teams that saved our father’s life. I wrote a grateful letter to both departments which was posted at the Albion store until it became too faded to read.

Nine years later, it’s that time of year again. And every day, I pass by the tree where we found Dad on that cold night, and am so thankful. For finding him. For his being my best friend. For my sister’s strength. For my brother’s courage. For my family.

*He’s a drum technician for the Red Hot Chili Peppers. He’s known them since high school.

**I later learned my brother and sister decided to send me with Dad to “give me something to do” and keep me from driving them crazy on the long drove to the hospital. They know me well.

2 thoughts on “Past and Present”