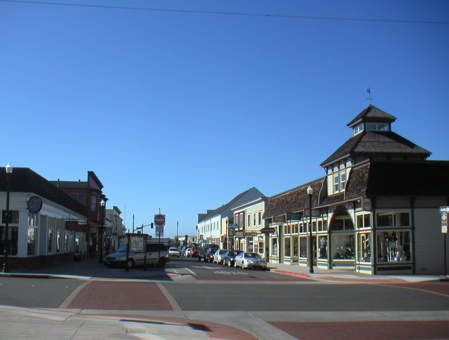 Yesterday, I ventured to the big town (aka Fort Bragg, not to be confused with the military installation of the same name on the opposite coast). Fort Bragg is where they keep the non-scenic things which must not be permitted to mar the quaintness of Mendocino, but which are necessities of life, such as the Safeway and the DMV.

I was surprised to discover that the Safeway is bigger than the one in Oakland, though of course it’s lacking in Ray. Once I got Suzy chow, I headed to the Feed and Pet to get feed for the pets.

It’s been kind of a conundrum for me. The girls used to get fancy expensive food, and Henry got cheapo Safeway food. But now they’re all being fed together, and presumably eating out of each other’s bowls (you know how cats always suspect the other cat has something better and must inspect to make sure), I had to find some middle ground. Like wine for a party. You can’t afford to provide the best for all those people, but you have to drink it yourself, and of course you have your wine connoisseur reputation to consider. The middle ground can be a challenge.

I ended up getting a 16 pound bag of Max Cat for the same price as a 5 pound bag of the fancy food. It was well-received by all. I have to say that feeding time is much harder now, with three cats milling around underfoot and complaining about how hungry they are and how slow I am. I keep stepping on Henry, who is both the skinniest and the most insistent. He was much more blasé about the whole thing when he was outside, for some reason.

After that, it was time for a successful foray to the library, which was closed* when I went to renew my car registration and when I pointlessly interviewed. I got a shiny new library card:

The coast; the wine country; the redwoods

and used it both immediately and later – when I got home, I requested 28 books from my waiting list. Something – well, a lot of things – to look forward to!
*These cutbacks are saving about half of what was originally projected. So librarians and other government workers took a pay cut for nearly no reason.

3 thoughts on “Trip to Town”