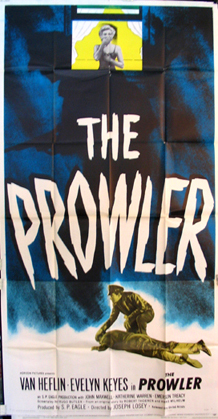 Am hung over from unwise brandy after the Film Noir Festival at the beautiful Castro Theater last night. I must have missed the “please drink responsibly” warning on the label.

The movies were wonderful. It was, appropriately, a dark and stormy night. The theater was built in 1922 and has been restored to its full glory. When I arrived, the organist was playing the Wurlitzer organ on stage, which sinks out of sight when it’s time for the movie. It’s a movie palace, all right.

The movies were introduced by James Ellroy, one of the premier weirdos of our time and author of many books, including one on the Black Dahlia and one about his mother’s still unsolved murder, which took place when he was around 10 years old. He is a noir aficionado and helped to finance the restoration of the prints we saw last night. Both movies were written by Dalton Trumbo, who was blacklisted in the dark McCarthy era and whose name therefore does not appear in the credits. His grandson was also there.

I had never seen the first movie before, “The Prowler” from 1950. Attention-grabbing opening scene of Evelyn Keyes (Scarlett O’Hara’s little sister in “Gone with the Wind”) clutching a towel to her otherwise nude quite the figure and screaming as she catches sight of…The Prowler!!! She calls the police, one of whom is very taken with her and ends up being a homme fatale, as well as very possibly the original prowler. Ev really should close the blinds when she’s taking a bath. I think she learned her lesson.

I had seen the second, “Gun Crazy”, but it’s great to see it on a big screen in a beautiful place and enjoy the crowd’s reactions. The movie, released the same year, pairs a carnival sharpshooting lovely with a disillusioned WWII veteran on a crime spree.

Up next: “Conflict”, a Bogart rarity, on February 1, and “Night and the City”, with the luminous Gene Tierney, on February 3. Stay tuned!